High-Intensity Training (HIT) has always been the subject of controversy in Bodybuilding due to the uncommon and unconventional principles it promotes. Unlike other popular types of training that consist of high sets and high repetitions for muscular growth, HIT goes against it all and brings something completely new to the table. HIT is wrongfully one of the least popular methods of training utilized by current bodybuilders, not because it doesn’t work but because it’s not as appealing as the training style created by Arnold Schwarzenegger just a few decades ago.

How does HIT work?

HIT is a form of strength training created and promoted by Arthur Jones, the creator and founder of Nautilus. High-Intensity Training is based around a few very simple training principles developed by Jones; these principles can often be played around with as long as certain requirements are met. The movements that are performed within a HIT exercise program need to be performed with a high level of effort and intensity; HIT can be explained as a way of performing progressive resistance.

HIT workouts are meant to be kept very brief and spaced methodically around the week, by doing this the body will heal, recover and grow at a faster rate. Every single exercise needs to be done in a controlled and slow manner; the repetitions should be kept high. After each repetition is done control the negative in a slow way, taking up to four seconds before you begin performing the next one. A concept that is highly involved in HIT is the “Isometric Hold” principle; this means that you will squeeze your muscle for up to three seconds at the top of the movement and then following it with the already discussed (four second) negative.

How does HIT compare to other training styles?

The answer to this questions is very simple, HIT does not compare in any single way to any other given training method or style. The most popular training routines used today by bodybuilders from all levels are often derivatives of the training style promoted by the seven-time Mr. Olympia Arnold Schwarzenegger. While there’s nothing wrong with Schwarzenegger’s training style, it simply does not work for everyone and it’s highly overused.

Most training methods encourage the athlete to perform four to five exercises for each body part, each exercise for five sets and each set for twelve repetitions. These workouts then recommend the athlete to perform a body part per day throughout the whole week, with maybe a rest day or two in between. Most of these workouts will require the bodybuilder to be in the gym for up to two hours at a time performing unilateral movements that will only do so much.

High-Intensity Training teaches the bodybuilder to correctly perform a movement so it has a direct effect on muscle growth. HIT focuses on the isometric and the negative portions of the workout by activating slow and fast twitch muscle fibers that would not be activated by other types of movement. High-Intensity Training routines are meant to be intense throughout the whole workout. Every single exercise, set, repetition and rest period is filled and surrounded with an intensity that can’t be matched by any other training style.

Arthur Jones believed that the human body will benefit more from one high-intensity set than four low-intensity ones. The key to muscle growth is creating pressure around the muscle so it can then grow to new heights, think about it, what do you think is more effective? Five ten second straight sets or one three minute set with long negatives and isometric holds?

By performing HIT you will slow down your repetitions and sets but you will also be out of the gym faster as you will only need a few sets per exercise to fatigue it, you will be able to create and enhance your muscle-mind connection and you will also become stronger. The key to HIT is keeping the muscle constantly working and then given it time to rest, heal and grow, this training style is a lot more complex than it seems but it works, people just choose to not use it because it “doesn’t look as intense or cool”. 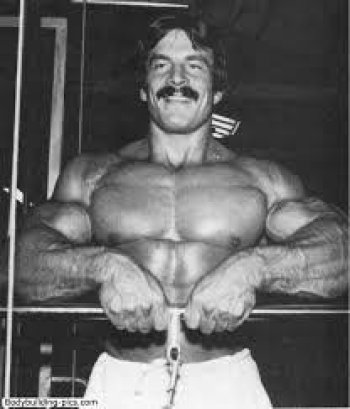 Bodybuilders who have used HIT

Like it was stated above, there isn’t a big demand for High-Intensity type of routines but there are still people all around the world who actually use it to take their physiques to new levels. Believe it or not, Nautilus was created by Arthur Jones purely to promote this very particular training style, the machines were built around High-Intensity Training techniques, but not many know that. A few bodybuilders that have used this particular training style are Mark Dugdale, Eddie Robinson, Clarence Bass, Casey Viator, Boyer Coe, Ray Mentzer, Mike Mentzer and Dorian Yates.

Dorian Yates and Mike Mentzer are probably the best-known promoters of this training style, Mentzer had a physique that could only be classified as art, he had incredible shape and thickness that drove him to be one of the best bodybuilders of the Golden Era, some argue that he clearly beat Arnold Schwarzenegger in the 1980 Olympia but lost due to politics.

Dorian Yates was a won the Mr. Olympia six times and was the first person to ever step on an Olympia stage with a monstrous physique such as his, he used HIT throughout his whole career, his training carved a legendary physique that can’t be matched till this day, a quick look at his training videos will give anyone curious enough a look at just how painful and effective the HIT training style actually is.